Whether competing in the Olympics, for an NCAA championship or in the WNBA Finals, Seattle’s stars have always come out on top. The pair have helped USA Basketball win the last four gold medals at the Olympics with Bird being a part of all of them.

In college, the duo led UConn to a combined six championships, including four in a row when Stewart was at the school,

Now they are trying to help the Storm win the fourth WNBA championship in franchise history. Bird’s been a part of all three of the previous titles, including teaming up with Stewart for the 2018 crown. 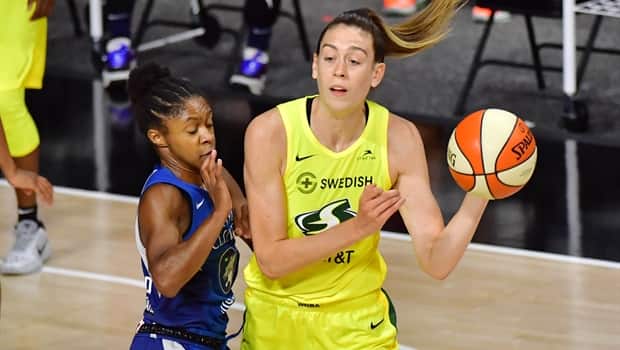 Breanna Stewart’s playoff career-high of 31 points leads her Seattle Storm to a 92-71 victory over Minnesota Lynx. 0:57

Canadian New York Liberty guard Kia Nurse is joining broadcaster TSN as an analyst for the Finals. The 24-year-old says that while the star power is a story, it’s not the whole one.

“Breanna Stewart, Sue Bird and Jewell Loyd on the Storm and then obviously A’Ja Wilson takes the big headlines for the Aces, but it’ll be a big battle between the benches as well. They’re going to play a big role in this because in the last series, their superstars, especially for the Vegas Aces, played a lot of big minutes,” Nurse said.

Nurse says to throw out the Aces wins over the Storm from the regular season.

“I would go with Seattle. I know that they lost to the Aces twice in the regular season and didn’t have Sue Bird for both those games and Breanna Stewart for one of them. .. And Breanna Stewart’s on a mission. So it’ll be pretty tough to slow them down, I think.”

Bird, who turns 40 later this month, can’t explain why she and Stewart have an unblemished record in championship games and series.

“It’s tough. I don’t know, I guess if I could tell you what it was I’d bottle it and sell it to every upcoming basketball player,” Bird said. “I don’t know if I could put words around it. Some of it is luck. Go through every WNBA championship, there’s always luck involved. Sometimes the ball goes your way.”

Standing in the way of continuing that unbeaten streak is league MVP Wilson and top-seeded Las Vegas. Game 1 of the best-of-five series is Friday night in Bradenton, Florida.

Wilson has been the cornerstone of the franchise since Las Vegas drafted her with the No. 1 pick in 2018. She averaged 20.5 points, 8.5 rebounds and two blocks this year for the Aces. She stepped her game up in the post-season, including a 23-point, 11-rebound effort in the decisive fifth game of the semifinals against Connecticut.

Wilson said she “knew it was my time to put the team on my back,” scoring 11 points in the final quarter of the win that sent the team to the finals, including making nine of 10 free throws. The 6-foot-5 left-hander said she thought she was in “cruise control throughout the whole season. When the fourth quarter came, had to flip the switch. Felt like I did that. The job still isn’t done.” 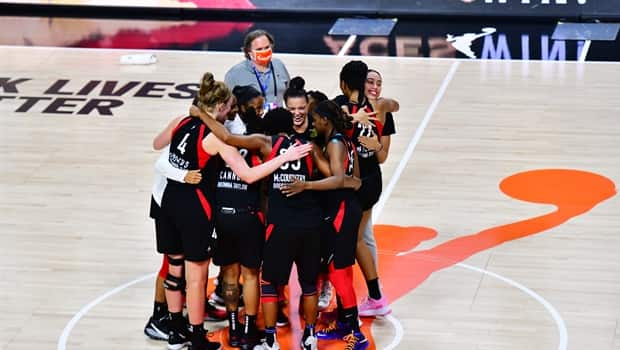 The Las Vegas Aces beat the Connecticut Suns 66-63 in game 5 to advance to the WNBA Finals for the 2nd time in franchise history. 1:14

The Aces are appearing in the franchise’s second WNBA championship. The other appearance was in 2008 when the team was located in San Antonio. Aces’ coach Bill Laimbeer was in charge of the Detroit Shock that season, who beat the Silver Stars for the championship.

He has overhauled the Aces roster, putting his stamp on how they play since the franchise moved to Las Vegas three years ago.

“I do this to win, I don’t do this for money,” Laimbeer said. “That comes through to our players. this is what it’s all about, competing for the championship. … I like building things and getting teams to the pinnacle and see if we can win. I enjoy it.”

Among the four current members of Barenaked Ladies, there are differing feelings about returning to the stage. There is the predictable excitement, but...
Read more
Load more