There’s a new Doc in Philadelphia — one charged with reviving a 76ers organization that fell far short of NBA championship expectations.

The 76ers reached an agreement Thursday with Doc Rivers to become the latest coach to try and lead the Sixers to their first NBA championship since 1983, a person with direct knowledge of the negotiations told The Associated Press. The person spoke to the AP on Thursday on condition of anonymity because the Sixers had not formally announced the move.

Rivers takes over for Brett Brown, who was fired after the 76ers were swept in the first round of the Eastern Conference playoffs.

Rivers was fired about two weeks after the Los Angeles Clippers wasted a 3-1 series lead and lost to the Denver Nuggets in the Western Conference semifinals.

WATCH | Clippers stunned by Nuggets in second round: 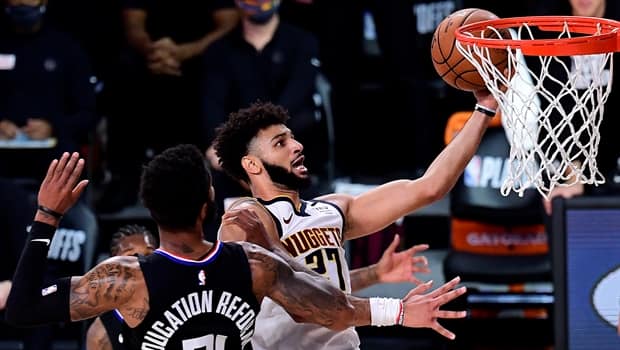 Kitchener, Ont. native Jamal Murray had a game-high 40 points in the Denver Nuggets 104- 86 victory over the LA Clippers in game 7 of their Western semifinal. 2:03

Rivers spent seven seasons with the Clippers, making the playoffs in six of them — major success for a once-woebegone franchise. This season’s team, with the additions of Kawhi Leonard and Paul George, was expected to compete for a championship.

But losing three closeout opportunities to the Nuggets cost the Clippers a chance to play the Los Angeles Lakers in the West finals, and likely played a role in Rivers not remaining as coach.

Rivers also coached the Orlando Magic and Boston Celtics, winning the NBA title with the Celtics in 2008.

His formal first name Glenn, Rivers earned the Doc nickname by the late college coach Rick Majerus from wearing a T-shirt of former 76ers great “Dr. J” Julius Erving T-shirt to a Marquette basketball camp. Majerus was an assistant at Marquette when Rivers played there in the early 1980s. The nickname stuck — and long-time Sixers announcer Marc Zumoff has steadfastly refused to call Rivers by his nickname during broadcasts because of his belief Erving is the only one worthy.

It’s up to Rivers to turn the all-star tandem of Joel Embiid and Ben Simmons into winners.

The 76ers were 43-30 this season and had woefully underachieved in a year when they were expected to be serious contenders in the Eastern Conference.

Brown was tasked with the leading the Sixers through a rebuild dubbed “The Process,” where management stripped the roster of serious NBA talent to lose games and increase their odds at better draft picks. Brown won only 47 games in his first three seasons, including a 10-72 record in 2015-16.

The philosophy paid off when Philly drafted Embiid and Simmons, who both became all-stars and led the Sixers to two straight trips to the Eastern Conference semifinals.

But Simmons missed the post-season with a knee injury and neither Embiid nor the players brought in in recent years could provide enough scoring in clutch situations against Boston.

The Sixers believed they were ready to contend for their first championship in 37 years and general manager Elton Brand spent $180 million to re-sign Tobias Harris and nearly $100 million US to sign free agent Al Horford away from Boston.

Instead, the Sixers had only snippets of consistent success and Brown paid the price. The longtime San Antonio Spurs assistant was let go on a contract that runs through the 2021-2022 season.

Brand said after he fired Brown he would evaluate the front office and consider more changes but doesn’t plan to trade either of his two top stars.

“I’m not looking to trade Ben or Joel,” Brand said days after the season ended. “I’m looking to complement them better. They are 24 and 26 years old, respectively. You try to make that fit as long as you can. They want to be here, they want to be with our organization and I see them here for a long, long time.”

Brand has not made any changes to the front office while he settled on a coach. Tyronn Lue, who coached LeBron James and the Cleveland Cavaliers to an NBA championship, and Mike D’Antoni, fired by the Houston Rockets, also were in contention for Rivers’ job.

Rivers went 356-208 over seven seasons with the Clippers, taking them to the West second round three times. Rivers, who played 13 seasons in the NBA, hiring means the league remains at four Black coaches currently with jobs. He is 1,624-943 in nearly 21 seasons as an NBA coach. He was the 1999-00 NBA Coach of the Year.

Rivers visited with Brand and Sixers ownership Wednesday and the organization wasted little time striking to make a deal with the 58-year-old coach.

Eight Thunder Bay musicians and bands will get some time in the spotlight at an upcoming media arts festival. The Vox Popular...
Read more
Load more