New movie about Sask. farmer’s battle with Monsanto dredges up old fight over fact vs. fiction

There was a collective groan among Prairie farmers when they saw the initial marketing poster for the movie Percy, dubbed by the director as a true David-and-Goliath tale of a Saskatchewan farmer’s court battle against agrochemical giant Monsanto.

The problem? Academy Award-winning actor Christopher Walken is standing in a corn field. Oops. Wrong crop. The entire story is about canola seeds.

The poster mishap, since corrected, fuelled skepticism about whether Percy, which hits the big screen Friday, would contain more fact than fiction with its portrayal of the contentious story of Percy Schmeiser, a Saskatchewan farmer who took his fight against Monsanto and its patent on a genetically modified (GMO) seed all the way to the Supreme Court of Canada.

Schmeiser ultimately lost his fight with Monsanto. In the film, however, he is portrayed as the hero.

“I believe every word Percy said,” said the movie’s director, Clark Johnson, speaking to CBC News from New York. “I wouldn’t have took on and told the story if I didn’t believe it.

“It’s an ‘every man story.’ I mean it’s cliché to say David and Goliath, but it’s a universal story, and I hope the audience really connects to the idea of this guy putting everything on the line for what he felt was right and true.”

The film, which omits some key facts of the case, is filled with anti-GMO rhetoric, led by a fictitious environmental activist played by Christina Ricci. She portrays Rebecca Salcau, who relentlessly pressures Schmeiser to become the poster boy for opponents of GMOs and big agribusiness.

“Is that what the bent of this movie is going to be? Is it going to be all about anti-GMO?” said Todd Lewis, a canola farmer from Gray, Sask.

He said anti-GMO activists hijacked Schmeiser’s plight long ago and said many farmers are nervous about that storyline.

“Farmers are comfortable with GMO,” said Lewis, president of the Agricultural Producers Association of Saskatchewan. “GMO is sound science … it’s been proven safe again and again.”

Seeds ‘blowing in the wind’

The on-screen story begins in August 1998, with Monsanto Canada serving Schmeiser legal papers that accuse him of illegally growing their patented canola seed on his farm in Bruno, Sask., 90 kilometres east of Saskatoon.

“There’s gotta be a mistake. I got my own seeds,” says the farmer in the movie.

Schmeiser, like most conventional farmers, had spent decades saving seeds to replant the following year. He had never purchased Monsanto canola.

At that time, Monsanto had just begun to sell its “Roundup Ready Canola”— genetically modified canola seeds containing a patented cell and gene engineered to make it resistant to Monsanto’s weed-killer Roundup.

The multinational company required farmers to buy annual licenses for the seed technology, at $15/acre, and to sign contracts that forbid them from saving seeds for replanting. Monsanto aggressively pursued anyone accused of buying seeds on the black market — a practice known as “brown bagging.”

Court records show that tests from Schmeiser’s 1,000-acre canola crop, harvested in 1998, revealed that up to 98 per cent of it was made up of Roundup Ready plants.

WATCH | The trailer for Percy, which will be released Oct. 9:

Walken, best known for his roles as villains and gangsters, portrays Schmeiser as a humble farmer who is confused about how the seed ended up on his land, but who is resolute in his belief that anything on his land is his property.

Using court transcripts, the movie presents Schmeiser’s real-life defence that the Monsanto seed must have drifted off a neighbour’s truck, “blowing in the wind” onto his land.

The film does not, however, reveal that the trial judge dismissed that explanation as implausible.

A CBC News investigation in 2001 also revealed how Schmeiser’s neighbours, as well as scientists, disputed the validity of his defence.

Already. farmers have taken to Twitter to dispute the accuracy of Percy.

Drama builds in the movie as Schmeiser is called a “thief” by neighbours, ostracized in his community, and almost bankrupted as he takes his case all the way to the Supreme Court of Canada.

“It is very accurate,” said John Schmeiser, the son of Percy and Louise Schmeiser, who has seen the movie. “Really, at the end of the day, their story is about defending themselves.”

He said his father was ready to retire and wasn’t looking for a fight, but took a stand against Monsanto on principle.

“My parents received thousands of letters from other farmers who were either in the same situation or didn’t like what Monsanto was doing,” said John. He said his mother responded to every letter.

Percy and Louise, both 89, are keeping a low profile in retirement. They just celebrated their 68th wedding anniversary.

Percy, who has Parkinson’s disease, isn’t strong enough to speak publicly anymore, his wife said. In a telephone interview, Louise told CBC News that she liked the movie and appreciates all the support they have received over the years.

“Monsanto made our lives a living hell,” she said.

WATCH | Schmeiser’s neighbours cast doubt on his story in 2001: 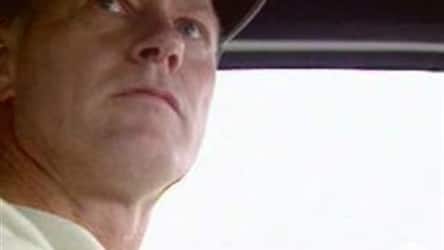 As the world media descends on Percy Schmeiser and his battle with Monsanto, neighbours and scientists question the validity of his defence. 7:46

The movie doesn’t delve too far into the nitty-gritty of intellectual property law.

It also doesn’t present some of the more damning findings against Schmeiser.

The Supreme Court justices wrote in their 2004 decision that “Mr. Schmeiser was not an innocent bystander.”

The decision outlined how Schmeiser discovered Roundup-resistant plants on his land in 1997 and saved the seeds, despite the fact he “knew or ought to have known” that those seeds were patented by Monsanto.

Furthermore, in March of 1998, Monsanto visited Schmeiser and warned him that they suspected he had grown Roundup Ready Canola without a license the previous year.  Despite that, Schmeiser cleaned and treated the seeds and then planted nine fields, covering about 1,000 acres.

If he had purchased a license, as legally required, it would have cost him $15,000.

In the end, the Supreme Court sided with Monsanto in a landmark five-to-four decision, and concluded that Schmeiser was guilty of knowingly planting Monsanto seeds on his land and violating patent laws.

At the time, Monsanto said it welcomed the decision and said the Supreme Court had “set a world standard in intellectual property protection.”

Schmeiser scored one victory, as celebrated in the movie. The Supreme Court ruled 9-0 that the farmer didn’t have to pay Monsanto damages because he never sprayed Roundup on the canola and thus didn’t profit from the patented product.

An editorial in The Western Producer, a weekly newspaper that caters to farmers in western Canada, criticized the historical accuracy of Percy and said it will “likely aid public misunderstanding” about many aspects of modern farming.

“The new film will perpetuate the David and Goliath myth, along with others about the agriculture and food industry, farming culture, plant breeding and the safety of herbicides in crop production,” writes Mike Raine, the newspaper’s editor.

Farmer Todd Lewis said despite lingering doubts and clashing views, a lot of farmers hold some respect for Schmeiser’s stance at a time when proprietary rights to genetically modified seed was still a new concept.

“He took it to court. He didn’t win. But at the same time it was something that had to be done. It set the rules,” said Lewis. “And really, since then the canola industry has expanded and it really is a Canadian success story.”

Lewis doesn’t plan to see the movie in theatre, but he also won’t lose sleep about what’s in it.

U.S. pop singer Pink has offered to pay a fine given to the Norwegian female beach handball team for wearing shorts instead of...
Read more
Lifestyle

After months of gig cancellations, a Kelowna band decided to take its show on the road and bought a bus.  Tomy Thisdale...
Read more
Lifestyle

After months of gig cancellations, a Kelowna band decided to take its show on the road and bought a bus.  Tomy Thisdale...
Read more
Load more