Home World News Coronavirus: What's happening in Canada and around the world on Sunday
World News

Coronavirus: What’s happening in Canada and around the world on Sunday

The country’s chief public health officer says Canada is running out of time to prevent a major resurgence of COVID-19, with the Ontario and Quebec continuing to report some of their highest daily case counts in months.

The chance to avert a large comeback of the respiratory illness “narrows with each passing day,” Dr. Theresa Tam said in a statement on Saturday.

“It is clear that without all of us making hard choices now to reduce our in-person contacts and maintain layers of personal protections at all times, it won’t be enough to prevent a large resurgence,” Tam said.

2/2 Even more concerning, <a href=”https://twitter.com/hashtag/COVID19?src=hash&amp;ref_src=twsrc%5Etfw”>#COVID19</a> is continuing to accelerate and spread, ↑ the # of health regions with high incidence. Our chance to prevent a large resurgence narrows with each passing day of accelerated epidemic growth. <a href=”https://twitter.com/hashtag/CrushCOVID?src=hash&amp;ref_src=twsrc%5Etfw”>#CrushCOVID</a>

Quebec reported 1,107 new cases of COVID-19 on Saturday — the largest daily increase since the pandemic began, and the second straight day the province reported more than 1,000 cases.

WATCH | What you can and can’t do at Quebec’s highest alert level:

Many Quebecers are now living in a red zone, but what does that mean exactly? 3:16

Tam cautioned that the epidemic growth is already stretching local public health and laboratory resources — a warning borne out by a number of developments in Ontario, where a backlog of tests considered “under investigation” has grown to more than 91,000.

Public health officials in Toronto, meanwhile, announced that their case and contact management team is making a “strategic shift” to focus only on the highest-risk scenarios.

That move came as case counts continued to climb in the city, which is one of three Ontario COVID-19 hot spots where new public health restrictions kicked in on Saturday.

Though focused primarily on Ottawa, Toronto and Peel Region, Ontario Premier Doug Ford unveiled new public health measures for the province to stop the spread of the coronavirus. 3:57

In Toronto, a long-term care home in the city’s west end is closed to visitors as it fights a COVID-19 outbreak. Vermont Square has reported that 26 residents and 15 staff members had tested positive for the virus as of early Friday evening.

The provincial government announced Friday that Ottawa, Toronto and Peel Region would face tighter regulations. Restaurants, bars, banquet halls and gyms in those areas will all face restrictions on their operations.

More restrictions could soon be imposed in hot spots of neighbouring Quebec as well, with the province planning to announce new rules for sporting activities and gyms on Monday.

Authorities already consider greater Montreal, Quebec City and a region south of the provincial capital to be in red alert — the highest pandemic alert level — and have placed those regions under a partial lockdown for 28 days.

“If there was anyone who still needed proof that the situation is critical, we have it day after day,” Premier François Legault said Friday.

Elsewhere in the country, an outbreak of COVID-19 among almost two dozen staff at a British Columbia food distribution warehouse forced its closure Saturday.

The Fraser Health Authority said in a statement that 23 employees at Valhalla Distribution in Delta have tested positive for coronavirus.

Public health officials in Manitoba said a woman in her 80s at a personal care home in Winnipeg has died, the third death associated with that outbreak. The death of a man in his 70s connected with the outbreak was announced Friday, and a woman in her 90s died late last month.

What’s happening in the rest of Canada

As of 5 a.m. ET on Sunday, Canada had 164,471 confirmed or presumptive coronavirus cases. Provinces and territories listed 138,867 of those as recovered or resolved. A CBC News tally of deaths based on provincial reports, regional health information and CBC’s reporting stood at 9,462.

And in New Brunswick, public health officials announced a new case in a person in their 20s in the Saint John region.

The case — breaking a seven-day streak of no new confirmed cases in the province — is related to travel from outside the so-called Atlantic bubble, and officials say the person is self-isolating.

Newfoundland and Labrador, meanwhile, reported a new death linked to the virus — only the province’s fourth.

The government said the man in his 60s had travelled from Central Africa, via Toronto, and died while self-isolating in Deer Lake, N.L.

Canadians have made more than 830,000 repayments of COVID-19 emergency aid benefits to which they were not entitled — a statistic some say reflects mass confusion over fast-tracked federal programs.

The figures provided to CBC News by the Canada Revenue Agency (CRA) include repayments from recipients of the Canada emergency response benefit (CERB) and Canada Emergency Student Benefit (CESB).

CRA said all of the repayments were voluntary. The agency said it could not cite a dollar amount for the repayments because the money is retained in a general account, along with other unrelated payments.

Reasons for the repayments include the realization someone was not eligible for the benefit, or an applicant returning to work earlier than expected, said CRA spokesperson Christopher Doody.

What’s happening around the world

According to the ongoing tally by Johns Hopkins University in Baltimore, the global total of confirmed coronavirus cases stands at more than 34.7 million. More than one million people have died, while more than 24 million have recovered.

Coronavirus infections in Russia hit a new record on Sunday, with the government reporting over 10,000 new confirmed cases for the first time since mid-May.

The 10,499 new cases reported on Sunday bring the country’s total to over 1.2 million. Russia currently has the fourth largest caseload in the world and has so far reported over 21,000 deaths.

The Russian authorities insist there are no plans to impose a second lockdown in the country that has lifted most of the virus-related restrictions imposed in the spring.

At the same time in Moscow, which reported over 3,000 new cases on Sunday in the biggest surge in months, officials have recommended the elderly self-isolate at home, and have extended upcoming school holidays by a week.

Britain has recorded 12,872 new coronavirus infections, by far the highest daily total since the outbreak began, though the figure includes a backlog of previously unreported cases.

Britain is seeing a second spike in coronavirus cases, though the daily number can’t directly be compared to the outbreak’s U.K. peak in April because many more tests are now being performed.

The number of hospitalizations and deaths is also rising but remains far below the U.K.’s springtime peak. Another 49 COVID-19 deaths were reported on Saturday. Britain’s official coronavirus death toll is 42,317, the highest in Europe.

The government has imposed restrictions on social gatherings to try and curb the spread of the virus, and almost a third of the country’s population of 66 million is under tighter local lockdown measures.

Poland’s total number of coronavirus cases passed the 100,000 mark on Sunday, according to the country’s health ministry Twitter account.

While Poland’s total number of cases remains well below that in many western European virus hot spots, the rate of transmission has increased since the country of 38 million avoided the worst of the first wave.

Poland quickly introduced strict lockdown measures during the early stages of the pandemic, but the ruling nationalist Law and Justice party said it wants to avoid another economically damaging lockdown by introducing targeted measures in the worst affected places.

In the United States, President Donald Trump, being treated for COVID-19 at Walter Reed hospital, tweeted on Saturday that he is feeling “much better now.” 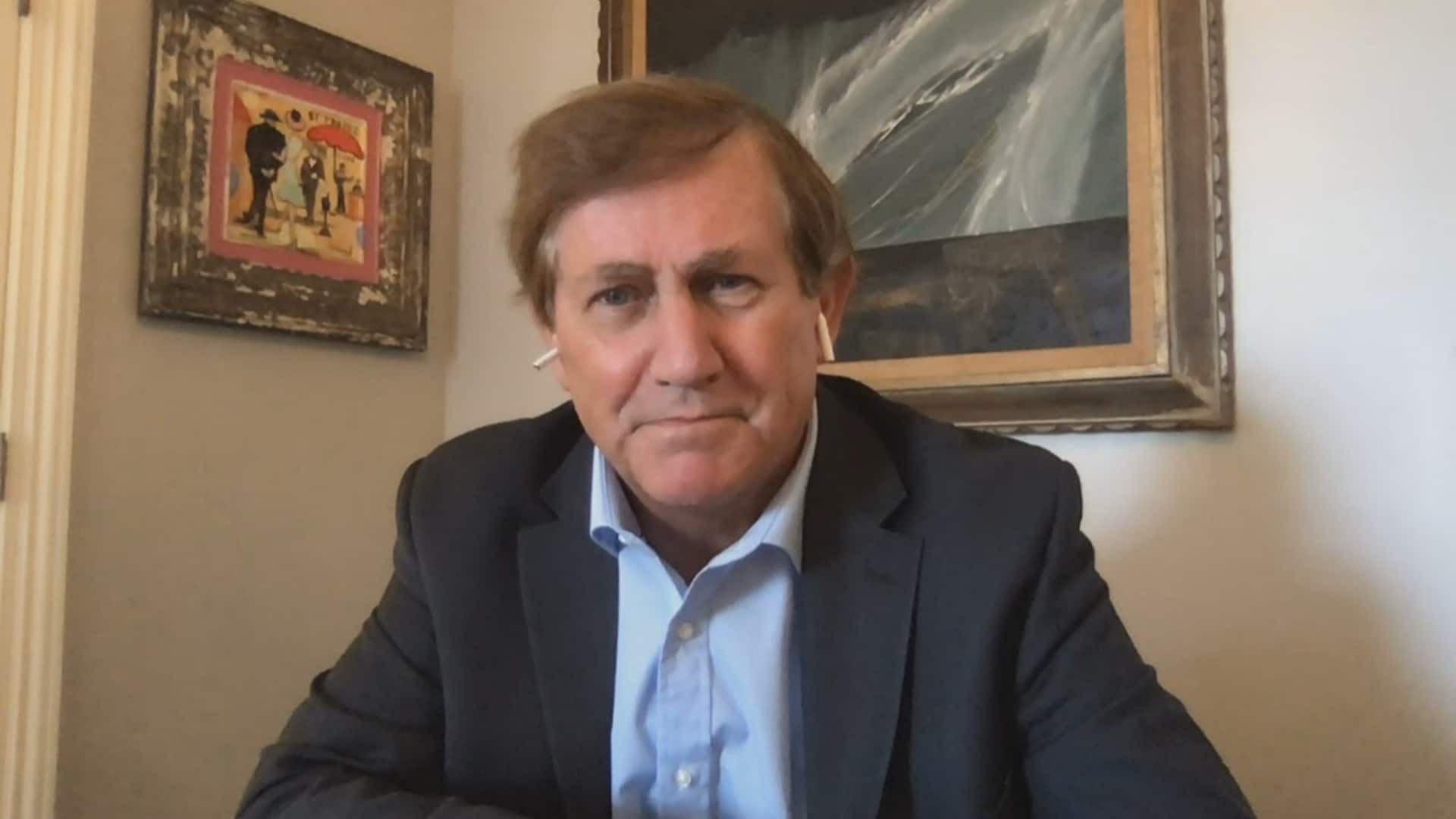 Chris Whipple is the author of two best selling books: The Gatekeepers: How the White House Chiefs of Staff Define Every Presidency and The Spymasters: How the CIA Directors Shape History. He joins Natasha Fatah and gives his take on how Trump’s diagnosis can impact day to day operations. 5:09

White House chief of staff Mark Meadows told Fox News the president was doing well but wouldn’t be “out of the woods” for another 48 hours.

Nick Luna, a personal assistant to Trump, is the latest in his inner White House circle to test positive for COVID-19 after having travelled with Trump several times recently, a White House official said Saturday night. Hope Hicks was the first aide to test positive and remains in isolation.

A number of the president’s contacts who have tested positive for COVID-19 in recent days include Republican senators Mike Lee of Utah and Thom Tillis of North Carolina, former White House adviser Kellyanne Conway, and John Jenkins, the president of the University of Notre Dame, all of whom attended the Supreme Court nomination announcement in the Rose Garden of the White House on Sept. 26.

Former New Jersey governor Chris Christie checked himself into a hospital in Morristown, N.J., as a precautionary measure after confirming his diagnosis for the infection in a tweet on Saturday morning.