1st in Europe to be devastated by COVID-19, Italy redoubled its efforts, and they’re now paying off

When engineering student Sara Del Giudice returned home to Naples in late August from a short vacation with her boyfriend, instead of embracing her siblings and parents, she shut herself in her room.

“We’re a close family that hugs and kisses all the time, but I had a slight headache, a cough and achiness, and I just thought, better safe than sorry,” said Del Giudice, 23.

Several days later, she and her boyfriend tested positive for COVID-19. Despite both having negative antibody tests before their holiday on the island of Ischia, in the Gulf of Naples, her boyfriend was coming from Sardinia, where clusters of partying young people spread the virus with alacrity.

“Even though I thought was being cautious. I was too casual,” she said. “I should have known better.”

While Del Giudice is one of thousands of young Europeans who caught the novel coronavirus this summer, Italy has been far more successful than its neighbours at keeping them from passing it on.

As daily infections have recently flared as high as 12,000 in Spain and 16,000 in France, those countries have had to renew restrictions and urban lockdowns. A surge in COVID-19 cases across Europe has prompted many countries to start cracking down again, with restrictions ranging from local lockdowns to limits on social gatherings. More are likely in the days ahead. 2:02

But Italy, the first European country to be devastated by COVID-19 with almost 35,875 deaths, now has among the lowest infection and death rates in Europe. An average of 1,700 people a day tested positive in the past week, up from low hundreds in July, though they’re much lower than in other countries.

Britain registered its biggest jump in daily infection rates on Tuesday, less than a week after Prime Minister Boris Johnson defended the soaring rates compared with those of Italy and Germany by saying people in his country find rules hard to follow because they love freedom more.

Italian President Sergio Mattarella responded, “We Italians also love freedom. But we know how to be serious, too.”

“Italy is doing well because we have implemented very strict rules, and we did so early,” said the country’s deputy health minister, Pierpaolo Sileri. “The situation today is a sum result of the quick and relatively long lockdown but also the gradual easing that allowed us to adjust protocols as we went along.”

Airport gets top marks for hygiene

Unlike many countries, which appear to be taken off guard by flare-ups or second waves, Italy — after the trauma of coffins carried away by military trucks and people dying in hospital without funerals in late winter — got prepared.

From March to mid-August, the country almost doubled the number of ICU beds in hospitals from 5,400 to 10,000, Sileri said. It also increased the number of infectious and respiratory beds by up to eightfold and hired some 20,000 new doctors and nurses.

In late August, when young vacationers like Del Giudice were returning home infected from hot-spot areas such as Greece, Spain and Sardinia, screening was introduced at airports. (This month, Rome’s Fiumicino airport was the first airport in the world to receive a five-star top score by ranking site Skytrax as a result of hygiene and other preventative measures ranging from face-mask enforcement to enhanced terminal airflow and filtering.)

Prime Minister Giuseppe Conte used emergency powers to shut down discos and made face masks mandatory, even outdoors, in places where people gather from 6 p.m. to 6 a.m.

Last week, the larger-than-life president of the southern region of Campania, Vincenzo De Luca, went a step further and made masks obligatory outdoors at all times.

De Luca became a social media star for his cartoonish threats toward anyone breaking the rules, promising those planning illegal parties that he would “send in the police accompanied by flamethrowers.” While over the top, he was part of a strong, coherent message from government leaders.

Testing and tracing key to success

Especially important to Italy’s success, experts say, has been its testing and tracing system, where everyone within the social network of an infected person gets tested, whether or not they’ve been exposed, which has uncovered thousands of asymptomatic cases. Most of the testing is carried out through local community health centres with mobile units and home tests.

“Our experience in the first months of the epidemic [has taught us] to take people away from the hospitals for the diagnosis,” said Giuseppe Ippolito, scientific director of the Lazzaro Spallanzani Hospital in Rome. “We need to be vigilant to avoid a future increase.”

He said such measures at schools as the widespread testing of teachers, daily temperature checks and mask-wearing by students while not at their desks are already showing signs of being effective.

And when backlogs and bureaucracy get in the way, creative solutions are often found.

When it became clear that single desks on wheels, ordered by the government, were not going to arrive in time for the start of the school year, teachers and students at the Alfonso Casanova Technical School in Naples pulled together in late summer and fashioned single desks out of the student tables. 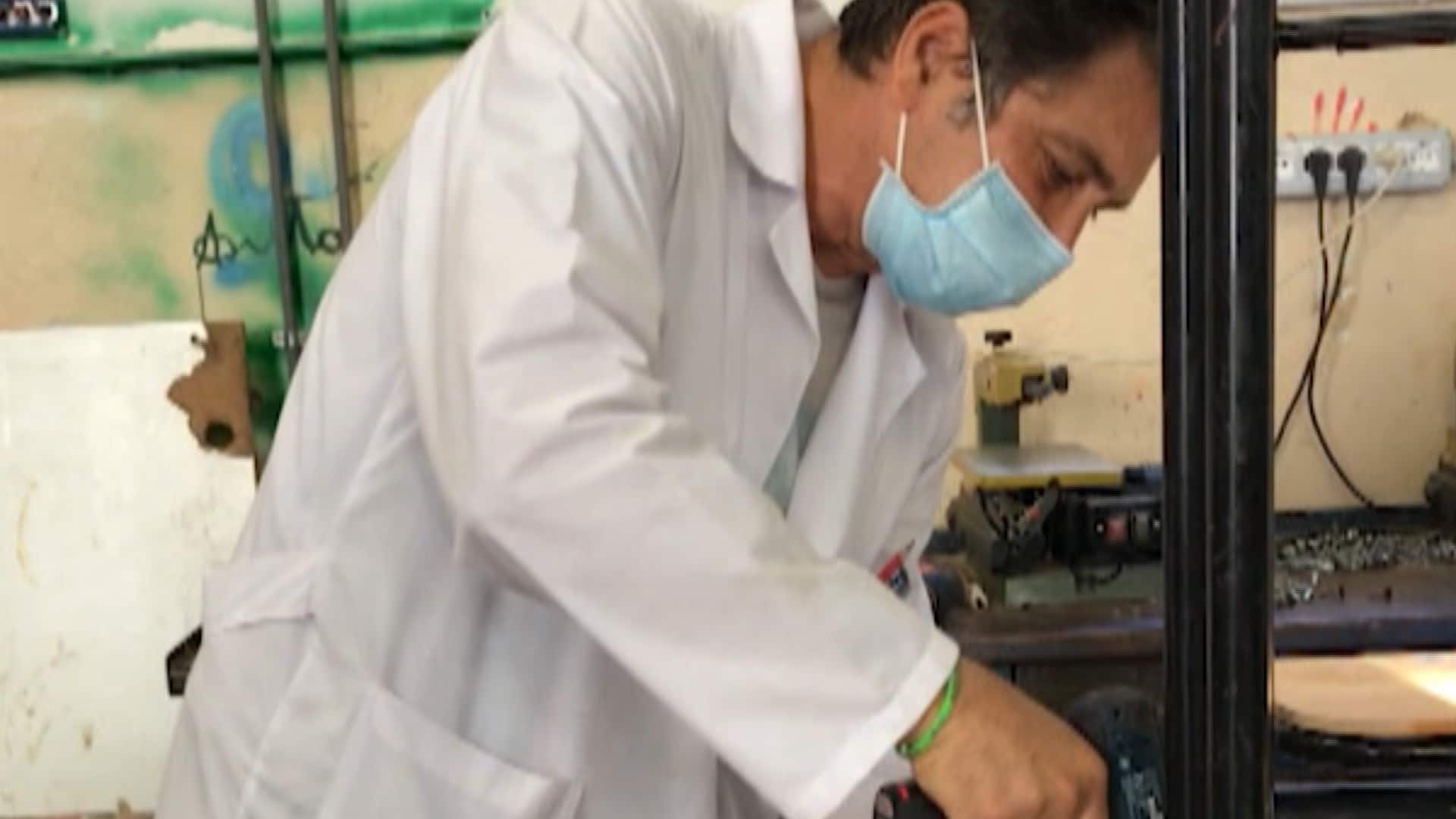 At Alfonso Casanova Technical School, students and teachers fashion new single desks out of tables to allow for physical distancing in the classroom. 0:48

There is still room for improvement in the country: Only six million of Italy’s almost 60 million inhabitants have downloaded its contact-tracing app Immuni, launched at the start of the summer.

“People were worried about privacy, which badly affected adherence,” Sileri said. “But if more Italians downloaded it, it would resolve our contact-tracing problem.”

He said test results need to be faster as winter approaches and colds and the flu season pick up. Right now, those who have been in close contact with an infected person must self-isolate for 14 days, but Sileri said he’d like that reduced to one week if they test negative.

The government will also consider eliminating the now-required second negative test before infected people can leave quarantine, he said, although it will depend on the results of research.

Sara Del Giudice said she wishes she could have done without the required second negative result. She ended up having to spend more than 30 days in quarantine, the hardest experience of her life.

“I thought it would be like the first lockdown, but they were night and day,” she said. “The first lockdown with my family was fine, we almost enjoyed it. The second one on my own, where I couldn’t see or touch anyone for a month, was brutal.”

Yet Giuseppe Ippolito sees some of the changes brought by the coronavirus as positive.

“We will have less respiratory infections this winter,” he said, as a result of Italy’s widespread adherence to mask-wearing and physical distancing. “We have a new appreciation for human relations. This is all a real added value for the future.”

Ippolito said the country’s experience with COVID-19 has also provided a pleasantly surprising re-evaluation of Italians’ reputation for being, shall we say, culturally challenged when it comes to following rules.

“We are world leaders in food and wine. We have a wonderful sea and historical sites,” he said, adding that with the country’s newly discovered ability to follow strict protocols, “we can add another star in our carnet.”

How a worldwide subscription scam network was traced back to Montreal

A Montreal-based marketing firm is at the heart of a scheme involving a massive network of streaming websites that has scammed thousands of internet...
Read more
Load more